Each World Cup match viewership is roughly equivalent to that of the Super Bowl. So from June 14 - July 15, brands have 64 Super Bowl-sized opportunities to reach soccer fans.

The Hispanic Obsession with the World cup

Hispanics are two times more likely to be ‘very interested’ in national soccer teams vs. Non-Hispanics. It's no surprise that Jim Bell, executive producer of Telemundo World Cup, projected that the 2018 FIFA tournament from Russia will be "the most-consumed Hispanic event in U.S. history."

Why? Many Hispanics can trace their origins to countries where soccer is the main sport. In the U.S, about 54% of Hispanics are first generation, and the World Cup is an opportunity to reconnect with their roots. Many fans' countries are represented in the 2018 World Cup in Russia and about 68% view the opportunity as an occasion to be with family. Hispanics are 65% more likely to tune into the World Cup vs. Non Hispanics, and 61% more likely to watch online. 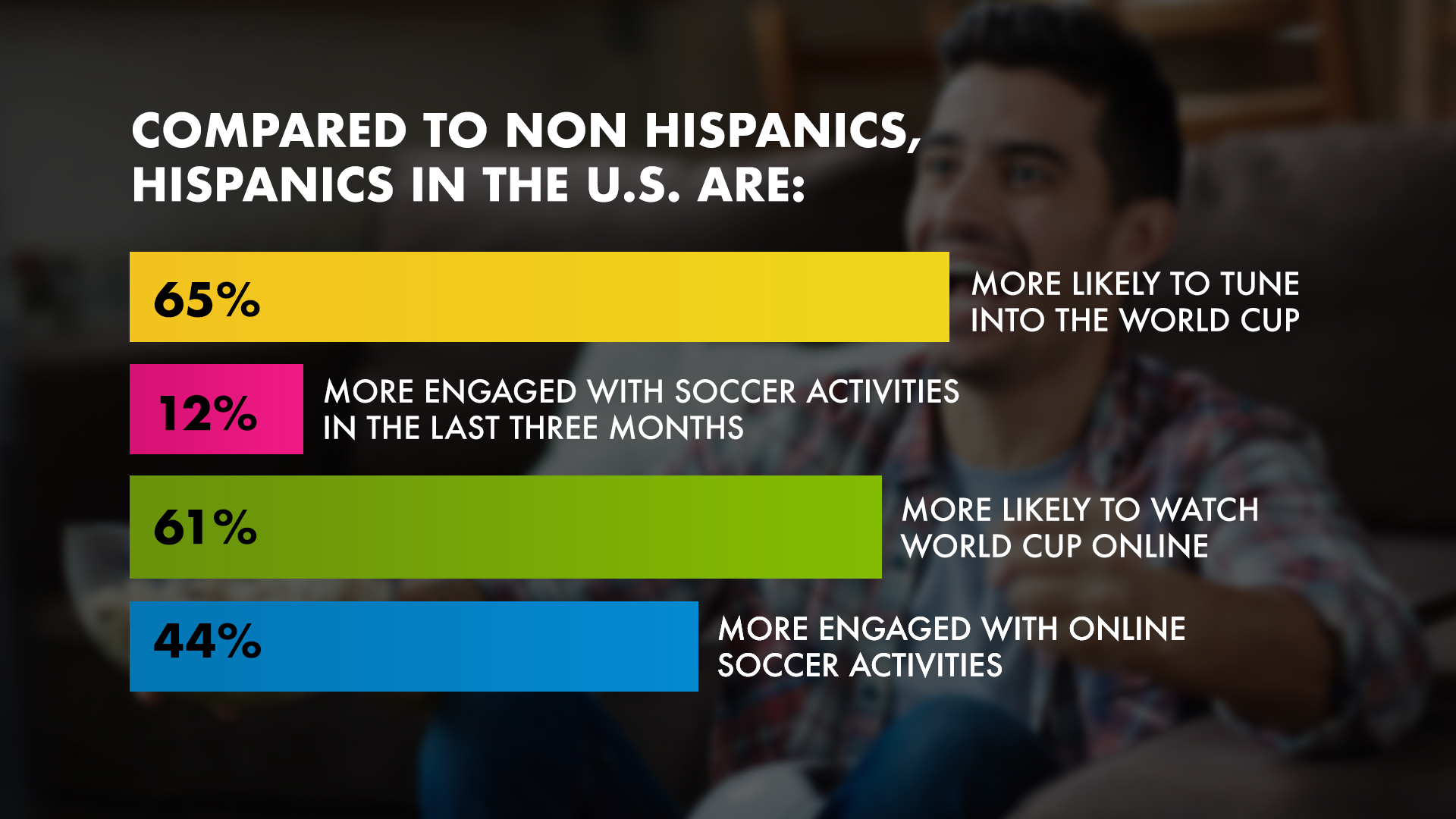 Standing out when 40 billion impressions are at stake is tough. Ideally, your brand has an endless budget to invest, sponsor, and participate, but most of us don't live in that world. Instead we must maximize brand exposure in a stadium of brands vying for attention.

This is an opportunity to create soccer-related content that drives engagement. Brands can target Hispanic soccer fans before the World Cup and continuously retarget until June.

Your brand isn't an official sponsor? Doesn’t matter. Brands can leverage the lack of correlation between official sponsors and awareness without mentioning “World Cup”. During the 2014 FIFA World Cup, Nike’s ‘Risk Everything’ campaign got the highest viewership despite Adidas' simultaneous 'All in or Nothing' campaign as the tournament’s official sponsor.

Recently, Hispanics engaged +12% more with soccer activities* vs. Non-Hispanics, whose online activities were +44% higher within the Hispanic segment. The more English-proficient users were, the less likely they’d engage in soccer related content.

From TV to Mobile

Consider the devices Hispanics use to participate in soccer and which are used for multiple activities. When it comes to games and highlights, the clear preference is TV. However, smartphones are the first choice in checking scores and reading content–computers are a close second. Interestingly, radio is just as popular as computers and smartphones.

In the 2014 World Cup, 63% of people followed matches on TV, 48% on mobile and 32% on computer. As the most digital World Cup in history, brands have an incredible opportunity, especially in the U.S.

(Russian) time is of the essence—literally

Leverage these insights. First and foremost, consider varying time zones between Russia and the U.S.. Mobile will be the primary screen. Brands can create content soccer fans are looking for—whether it's a partnership with Telemundo to access real-time soccer matches; an interactive, challenging chatbot; or creating an influencer “super soccer fan” campaign.

Marketer’s main focus is leveraging the 2018 World Cup opportunity. Considering past results, significant reach during this time is inevitable.

Hispanics shift their attention to mobile first when it comes to soccer, making this a big change in future sports behavior. Brands should also seize social media. Facebook Live, Instagram Live/Stories and Snapchat can provide real-time updates to soccer fans. How can your brand’s stance leverage the most digital World Cup in history?

The source for the statistics in this article is Spring 2018, Simmons Connect.

Originally Published on MediaPost on April 18, 2018. 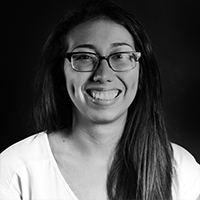