Facebook ‘likes’ used to play an important part in measuring engagement on the platform. But with decreased organic reach and no connection to future sales, what’s a Facebook ‘like’ really worth?

Likes as Drivers of Reach

Before Facebook’s major changes to the algorithm a few years back, a ‘like’ was an indication of how a post performed with an audience. Posts with more likes were exposed to larger audiences. The more likes a post earned, the better.

However, organic content is virtually absent from the News Feed today. Due to Facebook’s changed algorithm and ever-increasing volume of posts, brands that don’t pay for ads experience an increasingly difficult time appearing in their customer’s feeds. Businesses looking to grow their community now have to pay to play regardless of the number of likes a post or page earns. In today’s Facebook, having more ‘likes’ no longer leads to better reach.

‘Likes’ may come from people that just like to click on things. This “clicky” behavior results in posts earning more likes, but that doesn’t mean that these users will make a future purchase. When it comes to paid posts, clicky behavior can lead to higher costs for no improved results: according to Portent, Facebook shows ads to the top 10% of people with the most clicks at five times the cost.

If we look at page ‘likes’, data suggests that users who ‘like’ a brand page are more likely to make a purchase. But this is likely because people that ‘like’ a brand page are already loyal customers; sales are not due to the act of liking the page itself. So while your community of Facebook followers might represent your most loyal customers, they’re not making purchases because they followed your page.

Not earning that like doesn’t mean that your content wasn’t seen or remembered. With so much content clogging up the newsfeed, users have to decide what content will maintain their interaction. For example, when it comes to videos users watch the full video but won’t necessarily ‘like’ it afterward. It’s important that brands look at better measures of engagement, looking beyond the likes to more targeted KPIs that are aligned with business objectives.

What You Should Focus On

The ‘like’ itself has a weak value for social media users. Optimizing campaigns and measuring success with ‘likes’ is not an indicator of future success with business objectives. To achieve success with Facebook we recommend brands focus on the following:

Originally Published on Medium on January 3, 2018. 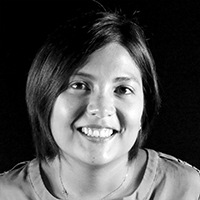