It’s 2019 and by now no one needs to be told they should market to the U.S. Latino segment—it's a given. Hispanics account for almost half of U.S. population growth, have had the largest median income increase of any ethnic group, and are usually ahead of the curve when it comes to adopting new mediums and technology.

As marketers, our need to create archetypes for insights and targeting has historically led us to cluster U.S. Hispanics based on:

Boy, did we get that wrong.

When asked which language they prefer to speak, 55% of U.S. Hispanics claim to be English-Dominant and 45% say they are Spanish-Dominant. But let’s take a closer look at the role that Spanish language plays when consuming media in and outside the home:

Does this mean most U.S. Hispanics are Spanish-dominant? Absolutely not—it simply means that most of them do not pick a definitive language to use throughout their day.

For most U.S. Hispanics, language is situational. They fluidly move back and forth between English and Spanish based on convenience, but also on emotion.

These paths are as unique as every individual, and marketers need to embrace this in order to build deeper brand relationships. Digital channels in particular can help identify these unique “language journeys” and allow for brands to take part in a clever way.

Languages aside, U.S. Hispanics want to be recognized by brands. 37% of Latinos agree that when a company advertises in Spanish they feel like their heritage is respected and their business is sought after. This statement is even popular among Latinos who identify themselves as “English-dominant”. No U.S. Hispanic is 100% acculturated to their host culture and vice versa. Each has a unique relationship with both languages (and the vernacular in between) that transcends their ability or desire to speak either Spanish or English. Brands only need to use small prompts to evoke emotion, not based on language relevance, but on cultural acknowledgment.

Are you using a cookie cutter approach to language with the U.S. Hispanic consumer, or worse, no approach at all? There may be an opportunity for your brand to build deeper relationships with Latinos based on recognition and cultural cues.

The source for the statistics in this article is Simmons, Fall 2017 NHCS Adult Study 12-month. 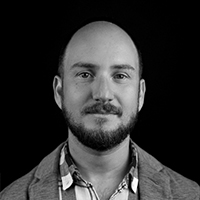