Sparked by the F8 developer’s conference in April 2016, the smart software applications known as ‘chatbots’ have been multiplying. Brands looking to automate basic processes and converse with consumers have helped the Facebook Messenger app hit 1.2 billion monthly users by April 2017. Globally, we are looking at a number closer to 3 billion people chatting everyday; not only through Facebook, but also via other platforms such as WhatsApp, Line, WeChat and Skype. Instant messaging apps have definitely become the next playground for online interaction.

FROM APPS TO BOTS

After a decade of tapping their way through applications, mobile users have evolved once again and, this time, they’re gravitating towards a more natural approach: conversations. As peer to peer messaging evolved to become one of the top activities on mobile, brands realized the need to interact with users in a more conversational way and they’ve done so using chatbots, inciting some of the most popular messaging apps to continue their evolution toward becoming platforms.

This new trend opens up a whole set of challenges for brands to participate in those conversations and the platforms to create a new framework for discovery and advertising.

AN AMPLE SPECTRUM FOR BRANDS

Marketers were quick to jump on the opportunity as they saw the many possibilities from different angles. From content access to product utility, to fun shareable memes, and even social gaming. For the past year or so, at M8, we’ve been involved in creating and deploying several client initiatives in the form of chatbots. Here is what we learned. In 2016, Starwood Hotels & Resorts launched the first American hotel in Cuba after half a century of diplomatic animosity between the two nations. The new Four Points by Sheraton Havana opened a new chapter for the brand, but it also brought along a lot of curiosity and unanswered questions from interested travelers. We developed a content hub, sourced by local bloggers, journalists and photographers, creating all kinds of articles related to Cuba, following a strategy called “Stay as a local”. We took advantage of this opportunity, as well as our new local resources, to create the first travel bot of its kind, the SPG Digital Concierge.

Users could access the chatbot and get answers to the most frequently asked questions regarding travel to Cuba. The SPG Digital Concierge was successful in answering important questions like “which documents do I need to travel to the island?”, as well as providing suggestions for things to see and do in Havana, and ultimately leading to bookings via the site. The DEWALT Service division wanted to establish a direct relationship with their customers to know who they were and how they used their products. This is valuable information and it proved to be a challenge given that their retail distribution model left them disconnected from the end user. We thought that a chatbot was just what we needed to provide a virtual assistant experience without the need for an added workforce. This assistant served to register users, and to help them find service and retail locations.

DEWALT was able to increase product registrations and, in return, customers had the satisfaction of knowing that their products were covered under warranty. The chatbot provided benefits such as capturing data from the buyer, while minimizing impact on the work force, and serving as the first step toward a more automated customer service experience. During the past holiday season, KFC wanted to take an active part in the conversation surrounding the festivities, so we created a chatbot experience where people could chat with the Colonel himself right from Facebook Messenger.

The Colonel then interacted with users and invited them to create personalized greeting cards, through a meme generator that they could then share with their family and friends. "Sprint wanted people to participate in the Gold Cup event, so a prediction game was born. Hosted by ‘La Futbolera’, a character that represented a soccer savvy grandma who defies anyone who challenges her knowledge, this chatbot proves that brands can have fun while engaging consumers.

This chatbot had the look and feel of a gaming platform, including a scoring system and the option to level up.

Players were able to participate in different challenges like trivia, predictions or ‘easy bets’ for the chance to win virtual gold. Players were also invited to watch offers in exchange for more virtual gold. The reward? A grand prize of $10,000 and several other prizes. What was in it for Sprint? A deeper relationship with their consumers and the ability to engage in a direct connection with them."

These conversational experiences are starting to appear on voice-based interfaces such as Amazon Echo and Google Home, providing a whole new world of user interactions just by speaking to a device. This new trend opens up a whole set of challenges for brands to participate in those conversations and the platforms to create a new framework for discovery and advertising.

Originally Published on Medium on September 1, 2017. 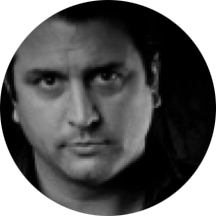